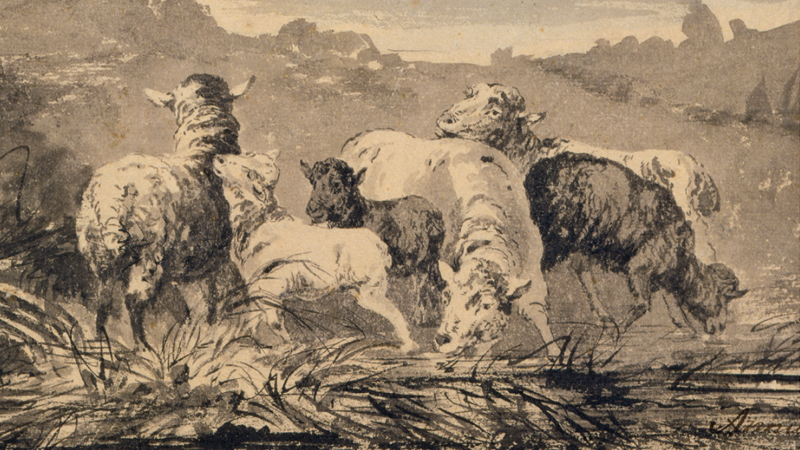 Although known since antiquity, interest in the representation of grazing animals, so typical of European landscapes, reemerged in the Renaissance period and at a later stage, as an individualized theme, with the Dutch masters of the seventeenth century before becoming a staple throughout Europe. Represented in the sole company of landscapes or associated with human figures – the male and female shepherds who accompany them – this bucolic theme renewed itself and acquired new meanings and graphic expressions throughout the ages.

Tuesday through Sunday from 10 am to 6 pm

The Serralves Collection at Paços do Concelho in Lisbon

Melting Into One Another ho Hot Chaud it Heating Dip